What Digital Marketers can learn from the UK General Election 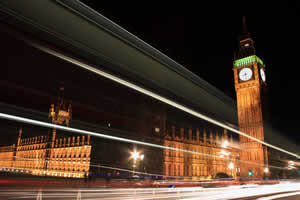 This time last week the dust was only just settling on the results of the UK’s General Election. Voters’ reactions varied, but one thing that got widespread agreement was that the result was quite a surprise.

And as is often the case with current affairs, there were some useful learnings that can be applied to the world of digital marketing.

Opinion polls taken just days before the election suggested a very close fight between the Conservatives and Labour, with possibly a marginal lead for Labour. In truth though, Labour were well short of a majority and suffered a disappointing night. Exit polls on the other hand – which focus on people’s actual votes rather than their intentions – were considerably more accurate (and were collected by the same company).

The key lesson here for digital marketers is not to believe research. For many reasons, people often don’t behave the same way they say they will. Reasons might include these:

So what should digital marketers do instead of research? The answer is simple – test. I’ve always been of the opinion that testing is like research but without the lies! The great thing about digital is that it allows you to deploy and measure a test quickly and meaningfully and see how customers react to it. Then you can keep the good ideas, and ditch the bad ones and keep testing for more improvements.

On your website you can test elements of your copy, such as your headline, or your ‘calls to action’ (like ‘download now’ and ‘request a quote’ etc). If you’re running email campaigns you can split-test different subject lines, and for Google ads you can split-test just about any element of the ad content.

The only word of caution is to make sure you don’t test too many things at once, or you won’t know what’s made the difference. Good testing is easier to arrange and will give you more truthful insights than research.

(2) Vagueness will work against you

This election featured live televised debates – but these were nothing new. What was new, was that these debates included representatives of up to 7 parties at once, rather than just the 3 main parties, like in 2010.

In 2010 on a live debate, Nick Clegg of the Liberal Democrats commented that the more he listened to Labour and the Conservatives, the more they just sounded the same. So imagine what it’s like when 7 parties all give their opinions at once on the same subjects! Although each of the leaders enthusiastically stated their case, many people still felt very unclear as to the differences between each party after the debates.

Like them or not, UKIP were the party that received the biggest increase in votes between 2010 and 2015. Although their policies were controversial, they were arguably the clearest and most specific in what they set out to do.

The lesson for digital marketers? Make sure you stand out from the crowd and offer as much specific detail about your product or service as you can. Don’t assume that your customers and prospects know anything about you. Even if you sell something quite vague and generic, where you tailor the actual product to the needs of the customer (such as consulting or training) there will still be specifics you can talk about. It might be something like your qualifications or credentials, or maybe even some detailed case studies.

If you just rely on general benefits like saying that you can add value or tailor your service to your clients’ needs, these won’t differentiate you – these are the sort of things that everybody says. So remember, people buy on specifics not on generalisations.

At times the televised debates got out of control, with candidates talking over each other and arguing with each other’s policies. They were so keen to make their point to each other and to counter any attacks that they forgot about the electorate!

One of the debates didn’t feature David Cameron, which was an opportunity for the other parties to be heard and present an alternative for the electorate. However, they simply made the most of the opportunity to belittle Cameron’s non-appearance, during and after the debate.

The lesson for digital marketers is that your customers and prospects are simply not interested in your little gripes with your competitors. They are interested in themselves, so you should talk about what benefits your product or service can offer them. Don’t take potshots at your competitors, because they don’t help your customers make a decision (even if what you’re alleging is true) and could make you appear unprofessional.

Focus on your prospects and what you can offer them. If you must offer comparison against competitors, keep them factual, and preferably verified by a third party (eg a market report on your industry).  Or you could present what you offer and invite customers to compare you against their current provider (without naming any names).

However you choose to get your message across, just make sure you do it without making digs at your competitors.

(4) You don’t need to please everyone to succeed

It’s been clear in the days that followed the election, that not everybody was happy with the result, as is often the case after an election. Dissenting voices were heard among the electorate and opposition politicians. There has also been the customary call for a reform of the electoral system, as some parties’ share of the overall vote was not reflected by the number of seats they won.

So with patchy popularity and competition for media attention from 6 other parties, how did the Conservatives manage to win a majority and not have to resort to another coalition as widely expected? Quite simply, they won the right battles. As with any election, this one was won and lost in the marginal constituencies, where a small swing in their favour often resulted in them winning a seat they hadn’t held before.

So, what can we learn from this to apply in the world of digital marketing? Well, very simply, you only need to appeal to the people that matter, and not worry about those that don’t. Segmenting your audience is one of the most important steps in the marketing process, but is one that’s often overlooked.

Too many websites I see fall in to the cliched old trap of trying to be “all things to all men”. Consider your business’s target audiences and what you can offer them, and make sure that you segment out your content and your marketing accordingly. For example I recently spoke with a life coach who works with both individuals and businesses. His website didn’t give a clear impression of who his services were for, so visitors to his site had no way of knowing whether it was right for them and offered what they were looking for.

We spoke about his customers and it transpired that he rarely wins business unless the enquiry comes from the MD or owner of a business. So he will now be sharpening his focus on these key people with specific content which he’ll target to these segments.

The UK General Election was just one example of how current affairs can teach you things about how to be successful, which you can then look to apply to the way that you market your business.

Rob Watson is an experienced Digital Marketing Consultant and Trainer based in the UK. He specialises in Digital Strategy, SEO, Google AdWords and Facebook Advertising. He also holds a Degree and Postgraduate Diploma in Marketing.